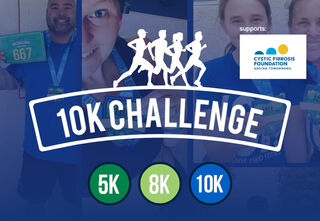 Join us and get ready for the
Gone For A Run
10K Challenge
The 10k Challenge is a Virtual Race like no other - we train you, encourage you, and celebrate you along the way to your 10k ﬁnish line with this progressive 10k challenge. All while helping you build life-long memories and friendships with runners from across the globe! Best of all, your running supports Cystic Fibrosis Foundation.
REGISTER NOW
HOW DOES THE GONE FOR A RUN
10K CHALLENGE WORK?
Every step of the way you have coaching, support as you reach your milestones in this progressive Marathon. As you complete each Milestone distance you add the magnetic distance token to your 10K Challenge Medal. 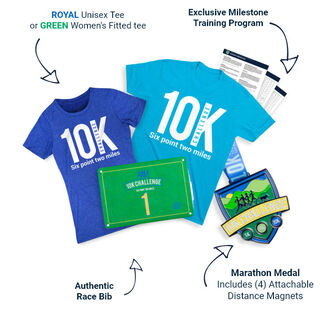 REGISTER NOW
" I am here to not only help you improve as a runner, but to give you a better understanding of training and the benefits of each workout."
-Coach Megan 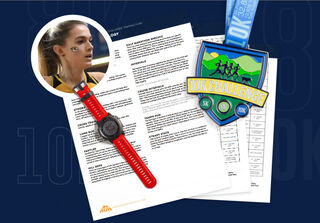 By registering for the 10K Challenge you’ll receive exclusive access to the Gone For a Run Virtual Training & Race Challenge Series on Facebook
EXCLUSIVE
TRAINING CONTENT
ASK
COACH MEGAN
SHARE
PICTURES
RECEIVE
ENCOURAGEMENT
I love Gone for a Run Virtual Race Series!
I have done a few of your races now, and I absolutely love it! It gives me that extra little push to continue to train and put in the extra miles! The shirts and the medals are always high quality and super cute. Thank you Gone for a Run!
- STACY STANGE 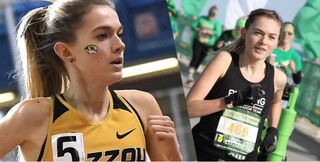 While competing for the University of Missouri, Megan and her family were involved in a traumatic car accident which left her unsure if she’d ever be able to walk, much less run,again. Through patience, perseverance, and a bit of stubbornness, Megan returned to the track after nine months off of any running. Megan was able to overcome her injuries and walked away from her collegiate career as a two time SEC Conference Champion (5k and 10k) and a two time NCAA Academic All-American.

Post-collegiality, Megan has shifted her focus towards racing on the roads as well as coaching fellow runners. Most recently, Megan won the Virginia Beach Rock N’ Roll Half Marathon and competed in the 2020 USA Olympic Marathon Trials. 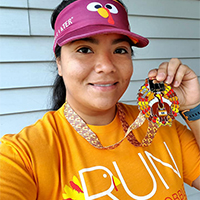 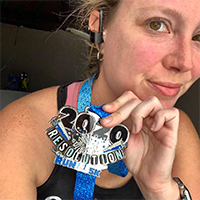 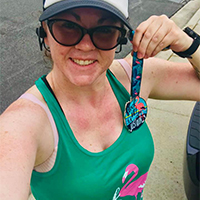 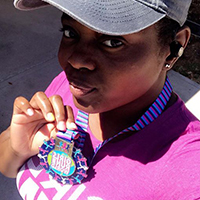 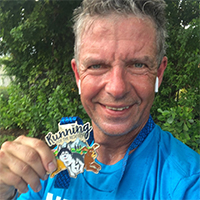 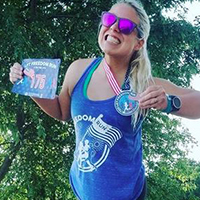